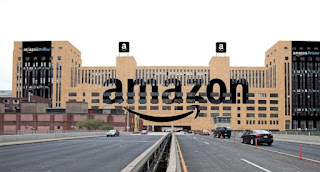 Amazon is constantly in the news, but today, the most anticipated move in Amazon's history seems to be the announcement of its second headquarters, HQ2.
Cities throughout the US (and one in Canada) have been publicly and privately bidding for Amazon's new headquarters for quite some time now. Amazon expects to bring over 50,000 jobs to its second headquarters, which will significantly change and transform the economy of any city on this list.

Bezos and Amazon played this very well. The company strategically made this announcement public news to grab attention and have cities come to them. Over 200 cities made a pitch to Amazon for HQ2. Amazon certainly listened to every offer, but they strategically waited months before publicly narrowing down the list.
The anticipation continued to increase. Cities were frantically improving their offers on a daily basis, hoping Amazon would choose to relocate to their city.

Now, it's transforming into a secret process. Amazon narrowed down the list to 20 cities. Among them are Miami, Chicago, New York, Los Angeles, Dallas, Austin, Newark, Raleigh, and many others. CNBC reported today that Amazon "has insisted cities shift to a confidential pitch mode" as negotiations move forward.
It is intriguing how Amazon is using a different tactic now. The publicity of HQ2 made cities battle against each other publicly and improve their offers, one after another. It was a genius strategic move.Cities continued to sweeten their offers for Amazon's new headquarters in hopes of spurring great economic growth throughout their city and their state. From now on, pitches and negotiations will occur behind closed doors.
Amazon knows exactly what it is doing. The company hardly had to pitch to cities in the first round. "Amazon" was a buzz-word that made cities jump out of their seats, especially when they heard the phrase "50,000 high-paying jobs." Now, cities are wondering how much they could possibly afford to offer Amazon in terms of incentives. New Jersey offered $7 billion worth of incentives, while Maryland offered nearly $5 billion.
It may be time for Amazon to pitch to these 20 cities. If Amazon sits down with the mayor of each of these 20 cities on the shortlist, the company could go into great detail regarding the colossal economic impact of their new headquarters.

Even though it seems like Amazon is pitching, these 20 cities are still at the mercy of this company. Amazon will certainly give them an offer they can't refuse, and the company will most likely have a small cost of doing so. This reminds me of the Whole Foods deal: Amazon purchased Whole Foods for $13.7 billion and Amazon's market value increased by $16 billion that day. They basically picked up Whole Foods for free.
I think a similar scenario will occur here. Amazon is looking for the best deal and the lowest cost. It is right in line with its business model: finding the best value for the lowest price.
If you have any feedback or comments at all, please comment below. I appreciate anything my readers have to say. I'd love to hear from you!

You can also email me at frank@frankvmartone.com or contact me via the following channels: 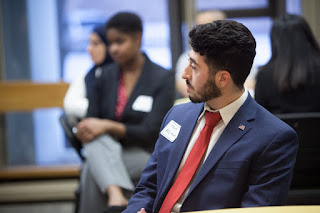 How ONE Customer Service Call Changed My Perspective 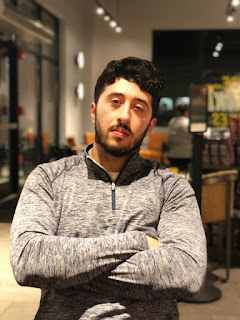